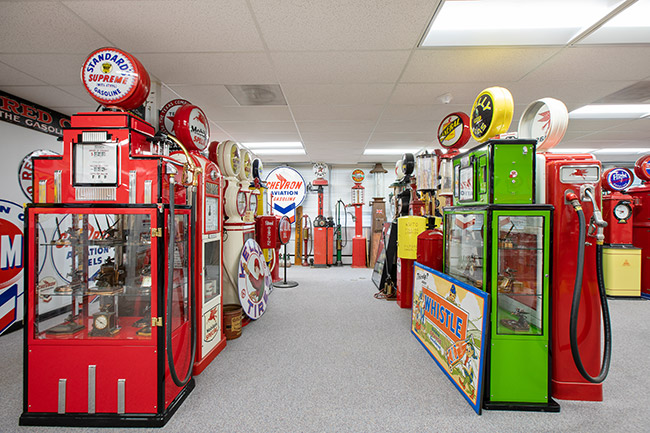 As with many collections, the start of the Historical Museum of Early Oil Days began with no insight into what it would eventually become. This particular collection of petroleum memorabilia began in 1983 with an old Wayne visible that was destined to be thrown away. When the president of WSCO confiscated the pump and went about the process of finding the missing parts, restoring the pump, and then surprising the founder of the company, R.W. Dyke, with it as a Christmas gift that year. The pump was graciously put on display in the founder’s office and received so many compliments that he began watching for pumps in his travels around the states of Oregon and Washington. The great fun about this hobby as it afforded him the opportunity to participate in two of his favorite hobbies at the same time – riding motorcycles with his youngest son and looking for pumps out on farms and back country roads. In 1985, he had the opportunity to follow up a tip on a pump allegedly stashed away in a side barn next to a warehouse in Portland. Sure enough, a Bowser clock face was purchased for $65.

This began an obsession with going back to locations where other pumps had been seen only to discover that many had been acquired by other collectors. Through the years and with many a long conversation, clock face, visibles, pre-visibles, display pumps, and three-wheel computer pumps were acquired. Then, in the late 80’s, Jay Morgensen came into the picture and gave him an appreciation for porcelain signs. New words became part of his vernacular; terms like grade “8” or better, how to identify reproduction signs, how to spot touch-ups that had been done to “original” signs, and how to recognize “aged” signs. So many things to learn and so little time to collect! The education was good, and the results were worth it. Over the years the collection amassed over 1000 signs, pumps, oil cans, oil racks, giveaway items from many oil companies, etc. The years took us to many a unique and distant place with many wonderful people to meet, swap with, share stories, buy from, and sell to than this collector would have ever imagined.

“Thanks to all of you for being part of a great past time.” 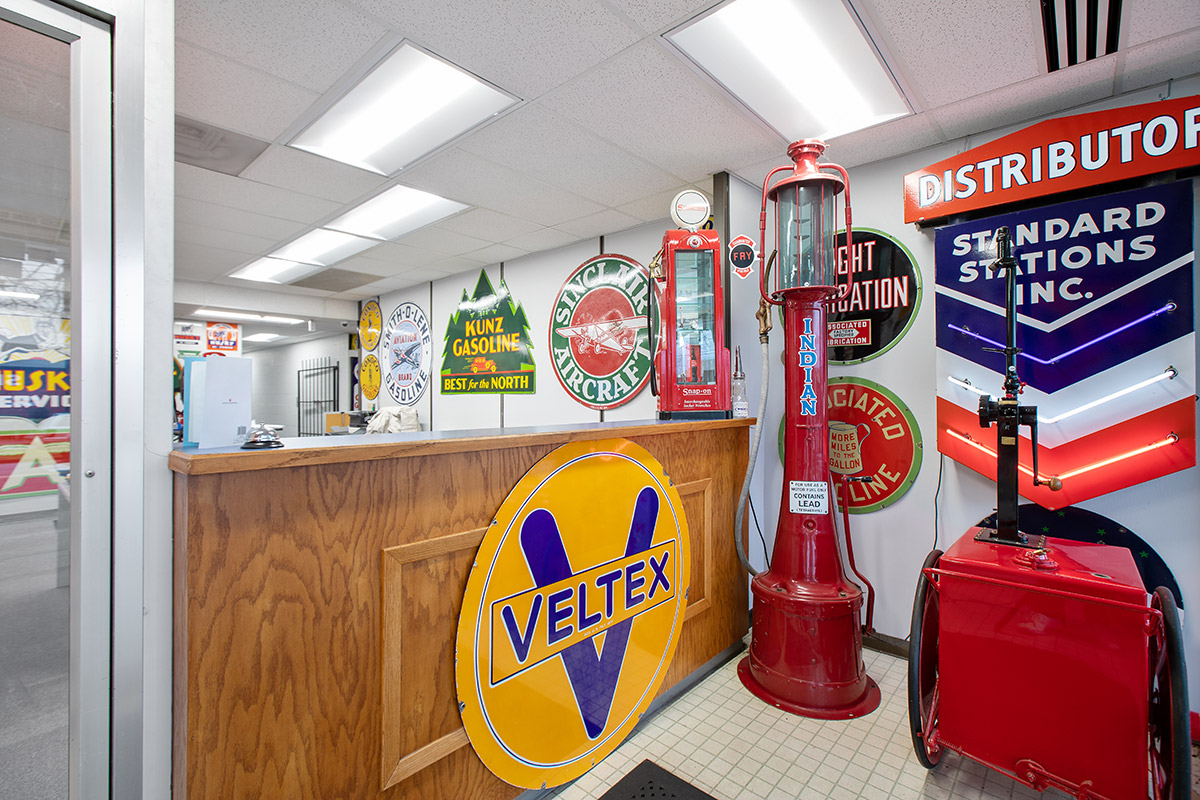 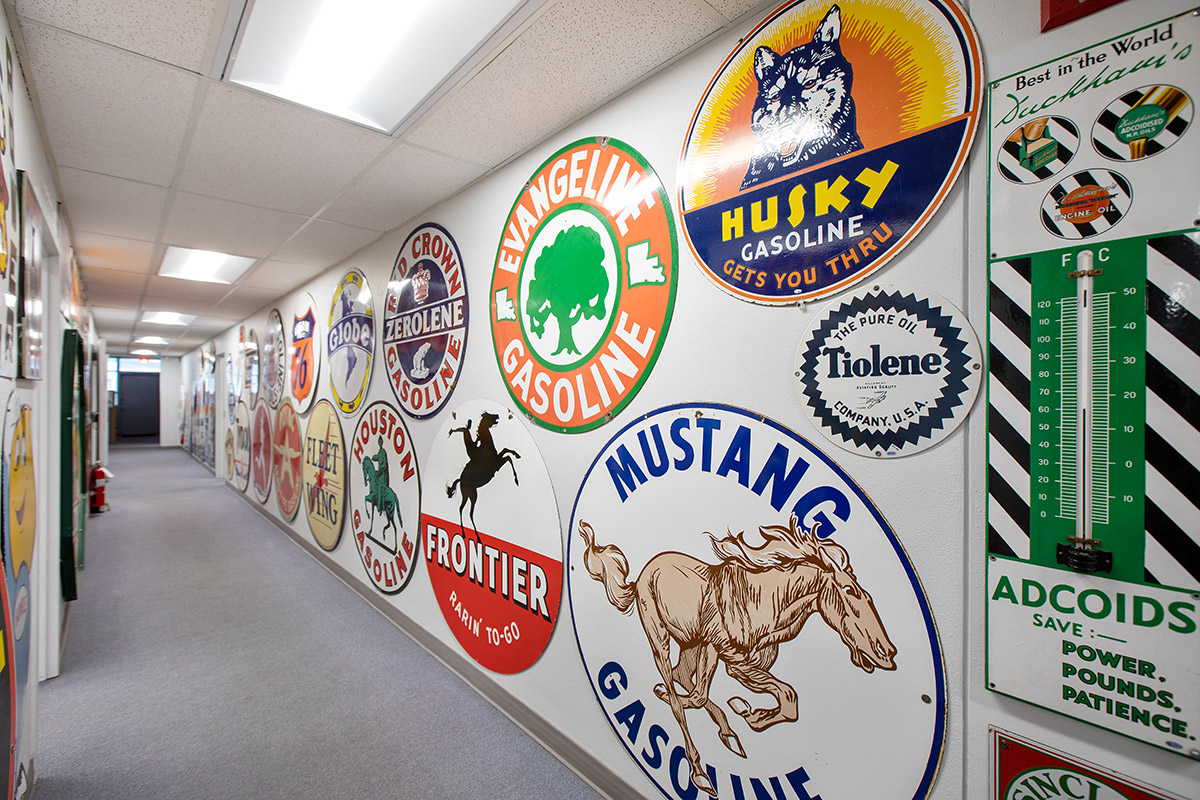 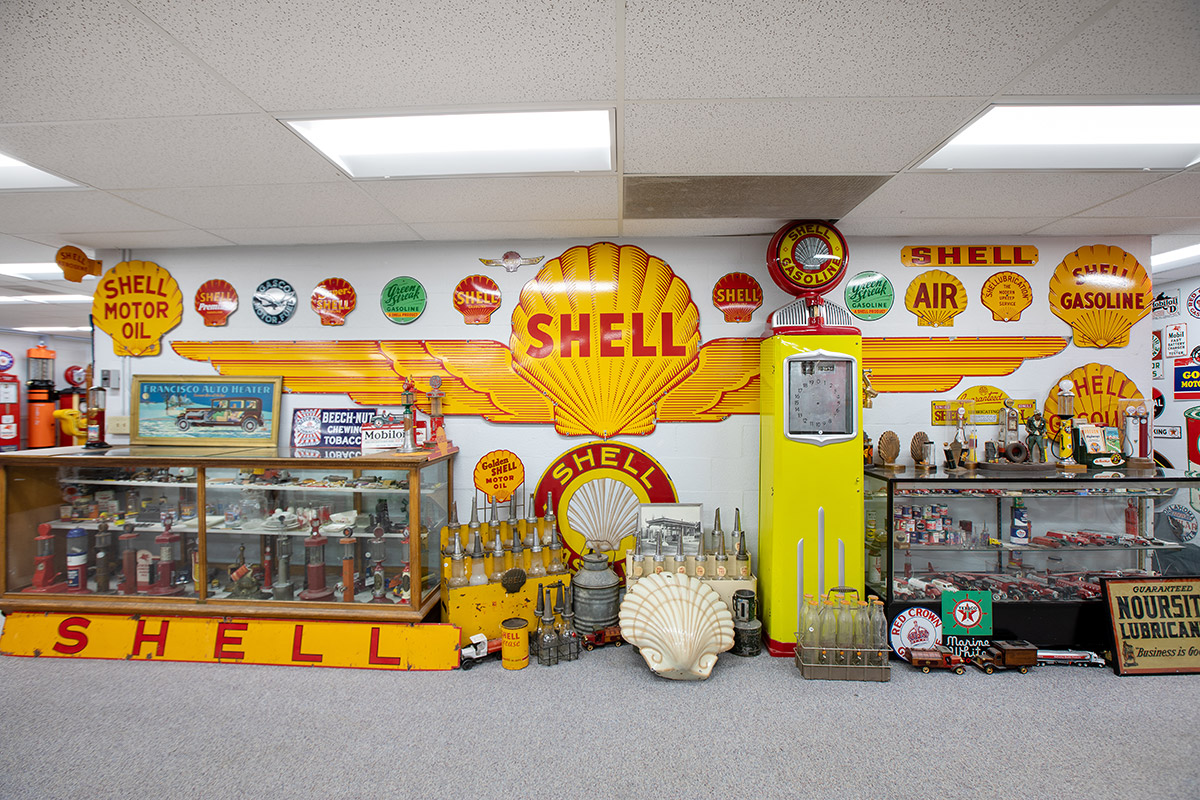 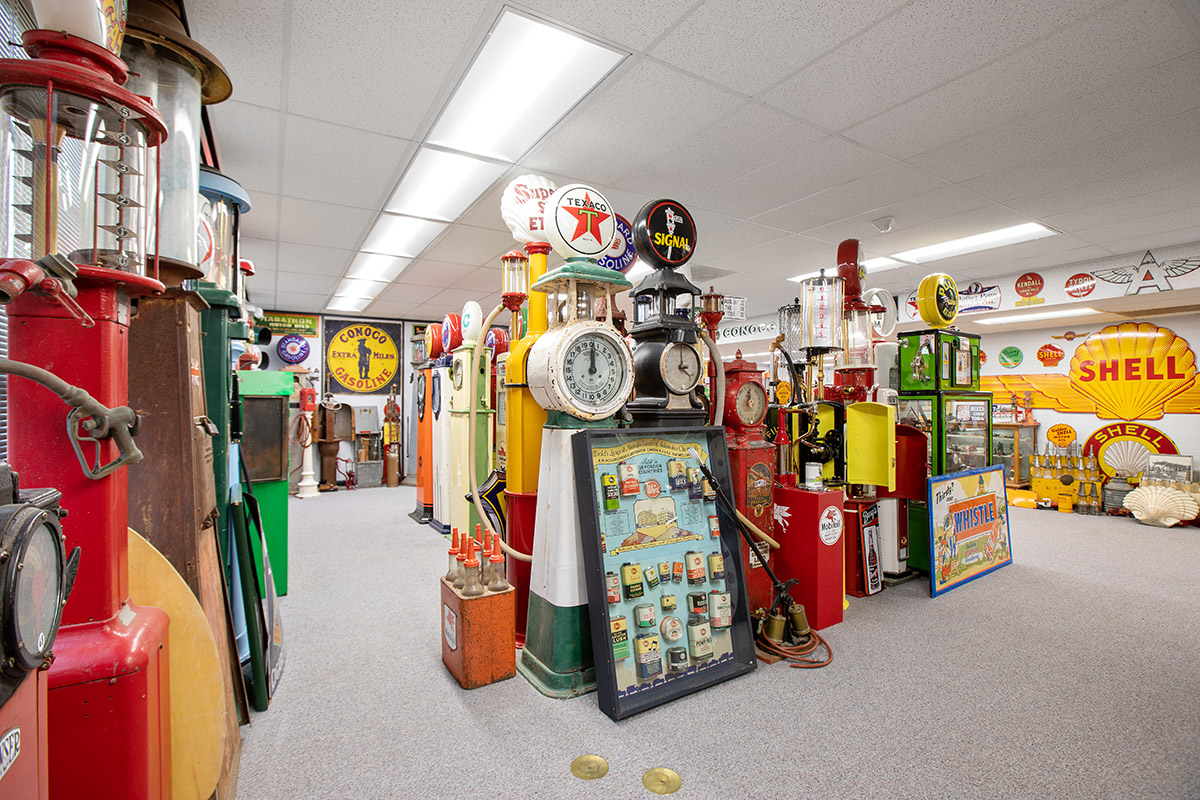 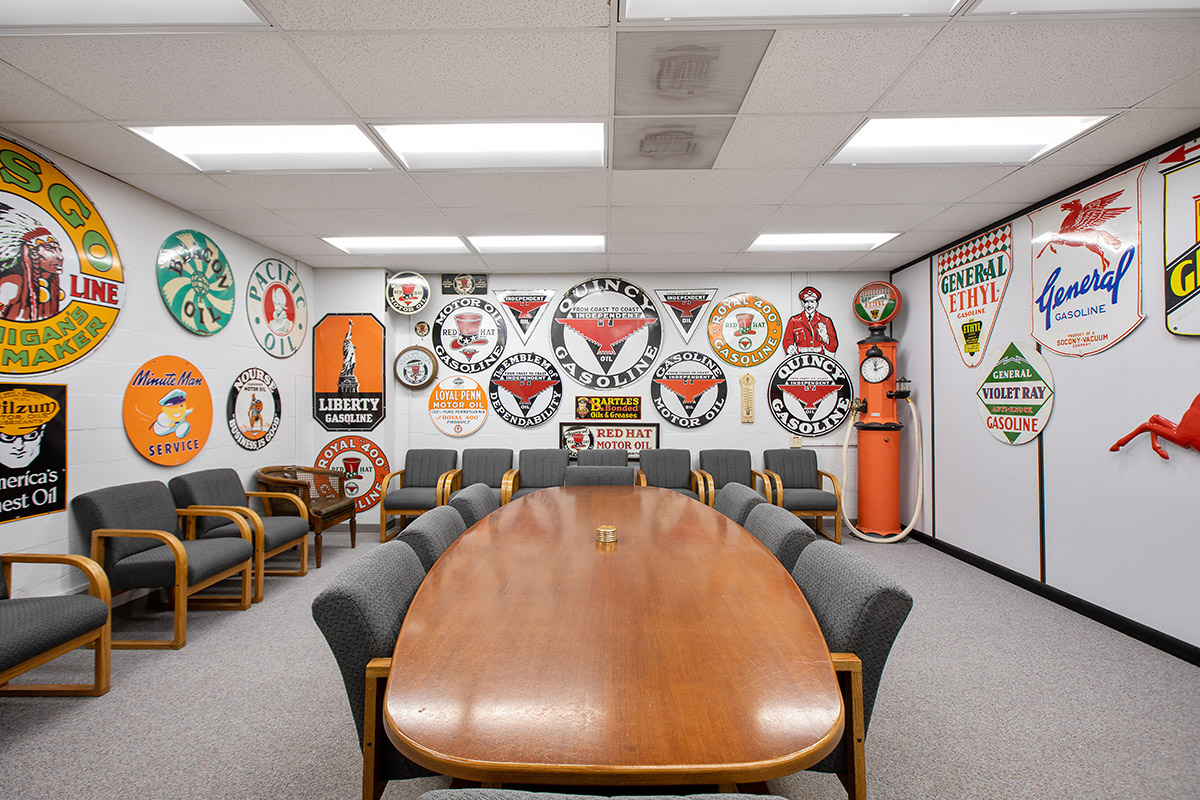 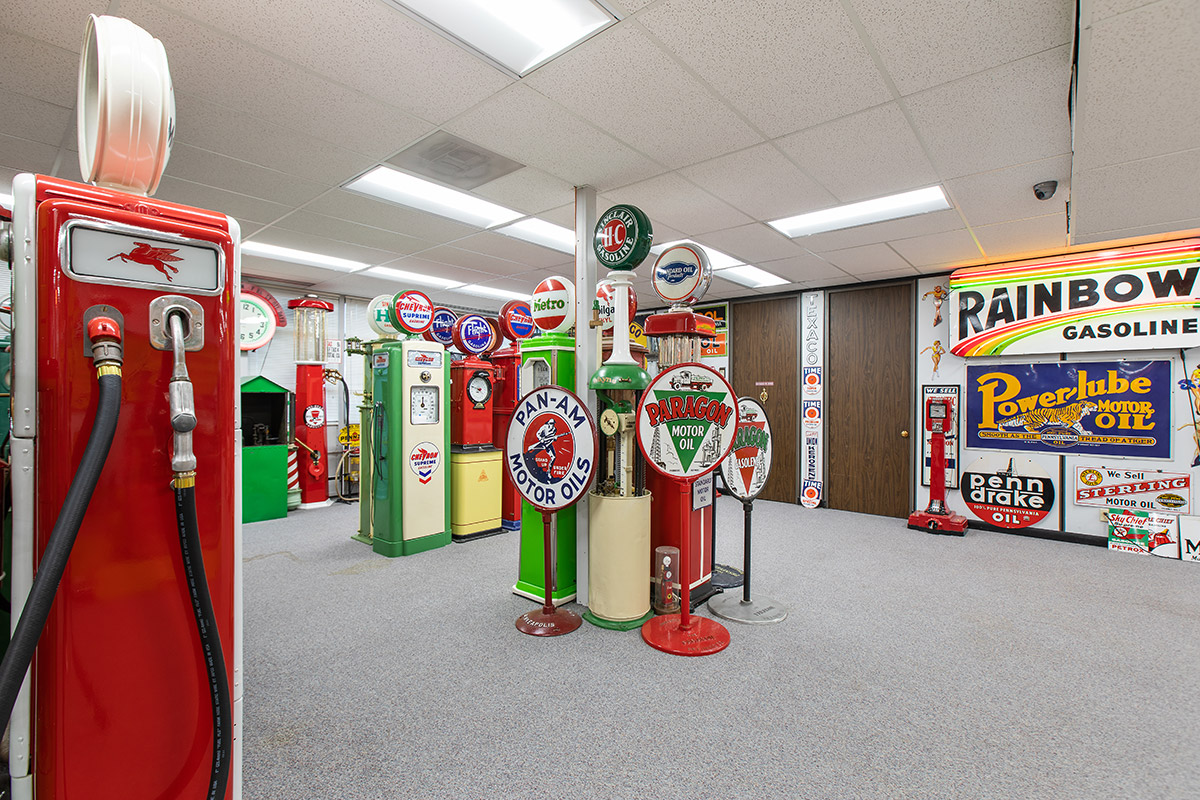 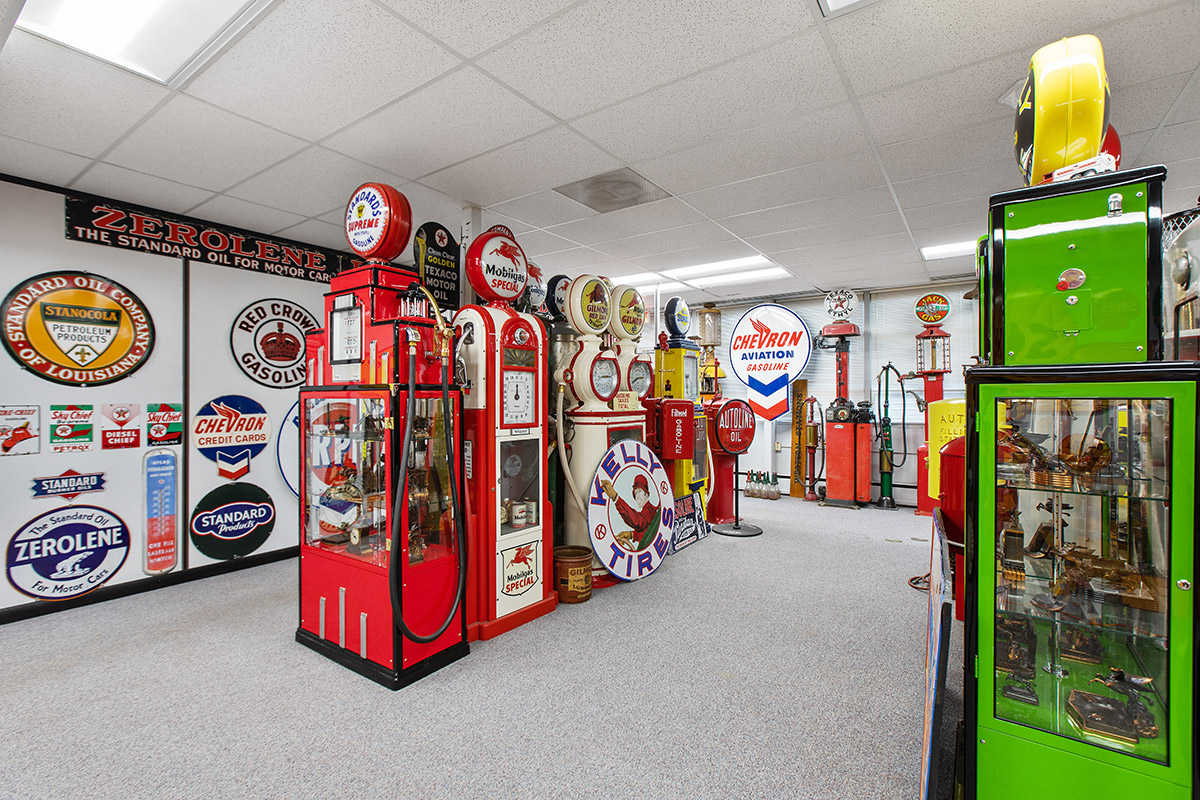